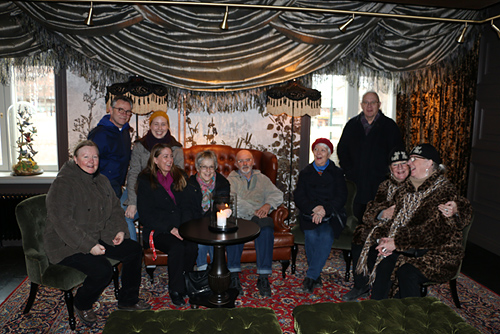 The hotel now has eighty rooms, from small compact room – “sailor bunks” to the hotel’s main rooms – the suite “Freedom”.The hotel applies as the other major hotels, dynamic prices, in other words, the price can go up and down depending on supply and demand. The suite is always a fixed price of 6000 SEK.

The hotel has a remarkable interior and the thoughtful design is attributed to the design Stylt Trampoli. During playback, it was both praise and criticism of the group and we found that dining room chairs among others are dressed in velvet – “everything comes back.”